After seeing the recent glut of kid-friendly fright flicks (ParaNorman, Hotel Transylvania, Frankenweenie), I knew what I wanted to get out of my system before Halloween... The Horror Icon Alphabet, featuring all of (or perhaps some of) your favorite classic horror characters and movie monsters: 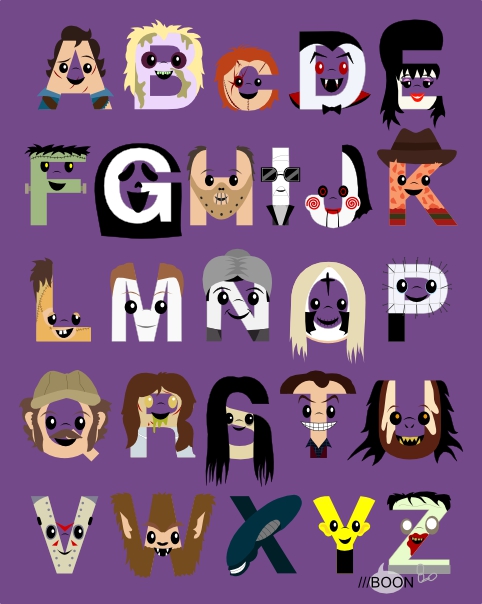 What was fun with this one is that I tried to take some decidedly non-kid friendly characters and turn them into cute letter figures. I also tried for a mix of old-school horror and more recent films while including as many classics and subgenres of horror (J-Horror, horror comedies, etc) as possible. My biggest regret is that Gremlins didn't make the cut.