Yes, I've done another alphabet. I keep coming up with these and they kind of become an obsession until they are finished. This time, I wanted to pay tribute to another Jim Henson creation after the success of my Muppet Alphabet and my continued appreciation of these characters, but Sesame Street spans so many years and so many generations of fans that it was difficult to try to restrict to only one character per letter. After all, how do you choose between Bert and Big Bird? Elmo and Ernie?

So in the theme of education, I opted to expand this alphabet to include upper and lower case letters for more of an epic creation. Even with this, I had to put some popular characters aside, including Hoots the Owl, the Twiddlebugs, SAM the Robot, Sully, Biff, Barkley, Betty Lou and Baby Bear (that's a lot of B's). How many can you name? 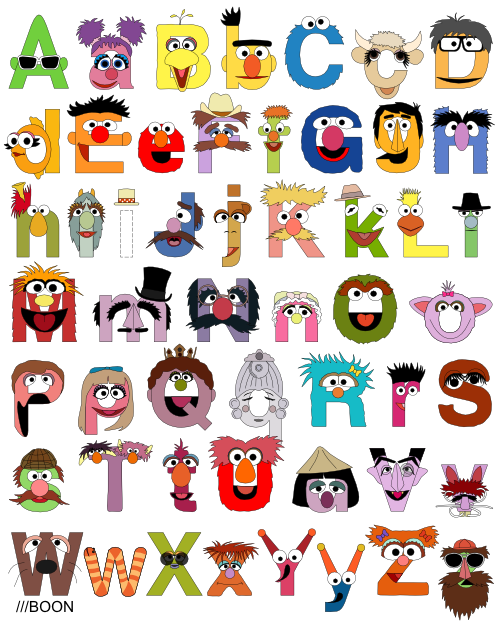