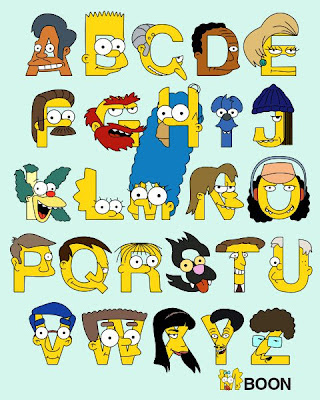 By the way, I know there is another Simpsons Alphabet out there. I found it when I was over 3/4 done this one. Oh well, there's room out there for two of these.

Available as a T-shirt, poster and more at Society6.

I had been working on a few ideas for new Vinylmation sets, one of which was Villains 3. Included in this set was going to be the Headless Horseman from 1949's The Legend of Sleepy Hollow. Of course, Disney then decided to include the Headless Horseman as the chaser in their Animation 2 series (http://destinationvinylmation.com/2012/01/animation-2-chaser-great-or-missing-something/)

So rather than waiting for everything else to come together, I thought it would be a good time to share my concept for this character: 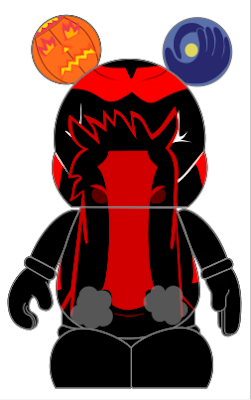 I'll admit that this one was a bit of a challenge. I think it turned out okay, but not great. You could make a removable pumpkin head perhaps but I wanted to try to include the horse as well. Plus there isn't a lot to the design of the character other than shadows and some key light effects. This has been one of the key criticisms of the official Disney design actually (well, that and the fact that it doesn't actually have a head).

So I imagined Mickey's arms as the Horseman's legs, with the Mickey head as his body. The use of the arms as legs would be more obvious with a side or back view. In the ears are the flaming pumpkin and the spooky moon from one of Sleepy Hollow's last images.

When I design these, I try to stick to the limitations of the design, so I didn't include any accessories here. You could put the cape on as a sort of crown on the Mickey head though. Would be nice to perhaps include a sword somewhere as well. Perhaps either attached to the back or drawn there. I do like the glowing pumpkin accessory on the official Disney design.

Posted by mbaboon No comments:

P is for Pixar (Pixar Alphabet)

I'm on a bit of an Alphabet kick right now.

Originally I was thinking about a Toy Story alphabet but there were still quite a few blanks. Expanding to include the entire Pixar collection was very helpful, though I did have to cut a few key players to try to keep somewhat of a balance between the films (sorry Woody, Mike Wazowski and Marlin). 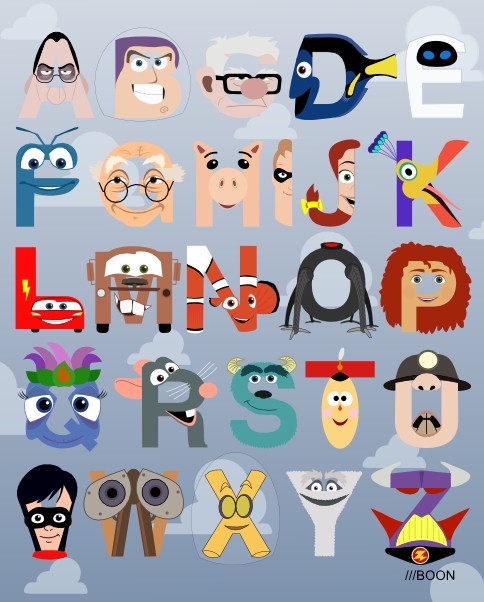