I'd long considered doing a superhero-themed alphabet but I'd resisted for a variety of reasons, including the sheer immense scope of the superhero universe and the fact that there were other similar pieces out there.

Ultimately, however, superheroes and comics were such an important part of my childhood that I couldn't ignore them. So I added a bit of a challenge: I wanted to represent 26 heroes and 26 villains from a specific universe. I wanted to stick to their face and upper torso only (which meant, among other things, no wheelchair for "X" or extra arms for "o") 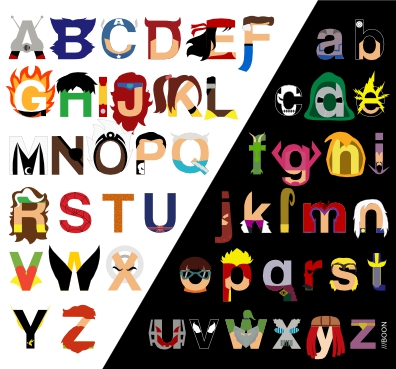 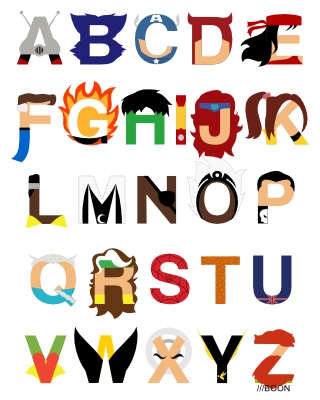 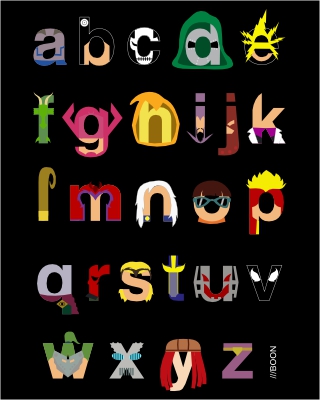 Have fun guessing who is who.