Here's my tribute to Pigs in Space and the various aliens that the Muppets encountered during the course of The Muppet Show. 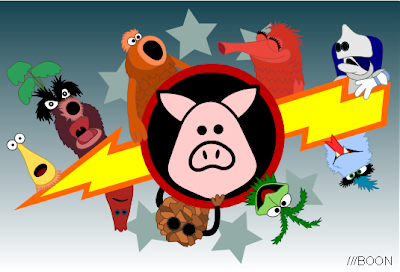 I had originally intended this to be a concept for the welovefine.com Muppets T-shirt contest. The idea was that nothing would be more adventurous - or dangerous - than being a "red shirt" on the Swine Trek. But since the contest was only open to residents of the US, that plan was, well, shot into space.
Posted by mbaboon