The Great Muppet Alphabet (the sequel)

One of the most nagging issues I had with my original Muppet Alphabet was that there were some key players like Floyd and Scooter who didn't make the cut simply because of the first letter in their names. So I've decided to give them a chance in The Great Muppet Alphabet (the sequel). Or perhaps I should have called it The Muppets Take Lowercase Letters... 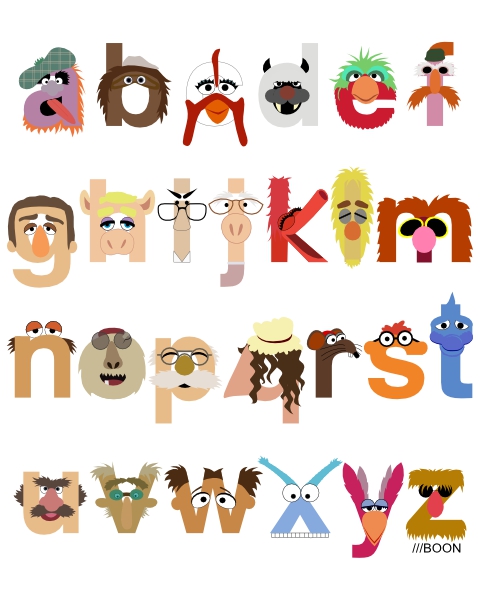 With the first Muppet Alphabet, I tried to stick pretty closely to characters from the original Muppet Show and original three movies (with the exception of Pepe). I've expanded this one out of desire and necessity to include Muppets from some of the more recent films, the Jim Henson Hour and Muppets Tonight, but it is still mostly focused on older characters. And, as with the first one, I still had to make some tough cuts. Sorry Sweetums, Marvin Suggs, the Snowths and George the Janitor (you just didn't look right with the smile of a small g).